The suspect seen in the horrible video of a man pushing a 92 year old woman to the ground has been named, and his name is “Rashid Brimmage” of the Bronx. He was charged with assault shortly after he was taken into custody Tuesday by the Police who believe he is the person seen on disturbing video shoving the 92-year-old woman to the ground on Third Avenue between 15th and 16th streets on Friday afternoon.

The woman hit her head on a fire hydrant as she was pushed. Jarring surveillance footage captured the attack which shows the woman walking along the street. A man is seen approaching her from the opposite direction. As they pass, the man calmly flicks out one arm and topples the woman, along with her shopping cart, to the pavement. She was taken to a hospital in stable condition.

Rashid Brimmage sums up so much of what’s wrong with city services: Despite more than 100 arrests, he was free to walk the streets and allegedly push a 92-year-old woman to the ground for no reason.

At long last, Wednesday saw him held on $50,000 bail. His social worker says he suffers from schizophrenia and bipolar disorder; he’s plainly not getting enough help with that nor has the public been protected from him. Prosecutors had asked for $100,000 cash bail or $300,000 bond, noting that after other arrests, he skipped out on nine court dates. His lawyer, Henna Khan, countered that Brimmage “doesn’t have a dollar to his name.” Well let me let this picture explain how I feel on his personal issue. 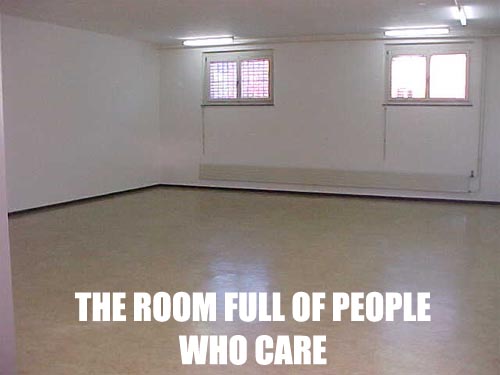 Brimmage was nabbed Tuesday for knocking the elderly ex-teacher to the ground, as seen on video. Though her head hit a hydrant, she says her injuries were minor but she’s now suffering psychologically. “I’m fearful to walk the streets alone,” she told The Post.

In all the years Brimmage has been getting arrested more than 100 times, with 36 convictions he’s nonetheless remained free to roam the streets. This year alone, he was busted for a misdemeanor and harassment charge in The Bronx in February. He’s been nabbed for trespassing March 5th, arrested on March 9 for criminal possession of a controlled substance, assault and attempted assault. His regular, frequent erratic behavior (he’s also been hauled in for publicly exposing and fondling himself and grabbing a woman’s rear) brought countless complaints to the police. But they did little except let him lose back onto the streets.

For all the billions Mayor Bill de Blasio spends on the homeless and the mentally ill, including via his wife’s failed ThriveNYC program, people like Brimmage get ignored until it’s too late. When will those funds be used to help the seriously mentally ill and protect New Yorkers?

Not to blame the mayor alone. City DAs too often opt not to prosecute. Judges refuse to detain defendants and impose light sentences on those convicted. And progressive state lawmakers won’t ensure mandatory treatment of the severely mentally ill. Instead, they make it ever-harder to lock up anyone, including hardened criminals.

This latest victim was lucky unlike, say, the four homeless men allegedly bludgeoned to death last year by Randy Santos. Public safety ought to be government’s top priority, but not in New York.